The latest sectoral distribution of Value Added Tax (VAT) data for Q1 2020 released by the National Bureau of Statistics and seen by Investogist, shows that the sum of N338.94bn was generated as VAT in Q1 2020.

Professional Services sector generated the highest amount of VAT with N38.03bn, and it was closely followed by Other Manufacturing sector generating N37.37bn, Commercial & Trading was the third highest, generating N17.18bn. 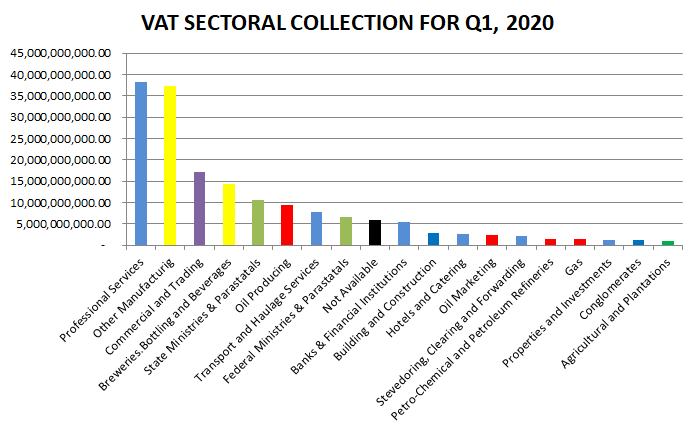 Mining generated the least and closely followed by Textile and Garment Industry, and Local Government Councils with N61.83m, N306.05m and N318.04m generated respectively.

The Data had been provided by the Federal Inland Revenue Service (FIRS), verified and validated by the National Bureau of Statistics (NBS).