BREAKING: Darkness as unions shut down TCN stations across Lagos

Most areas around Ikeja, Lekki, Lagos Island and Mainland are currently out of power, according to the report.

INVESTOGIST reported on Tuesday that the members of the National Union of Electricity Employees (NUEE) held a protest at the Transmission Company of Nigeria (TCN) headquarters in Abuja Tuesday morning.

They accused the government of failing to address staff welfare issues.

The group said its members will withdraw their services on Wednesday, a move that would to worsen Nigeria’s electricity problems.

The NUEE in a notice signed by the general secretary, Joe Ajaero, urged its members to comply with the directive and stop work from August 17. 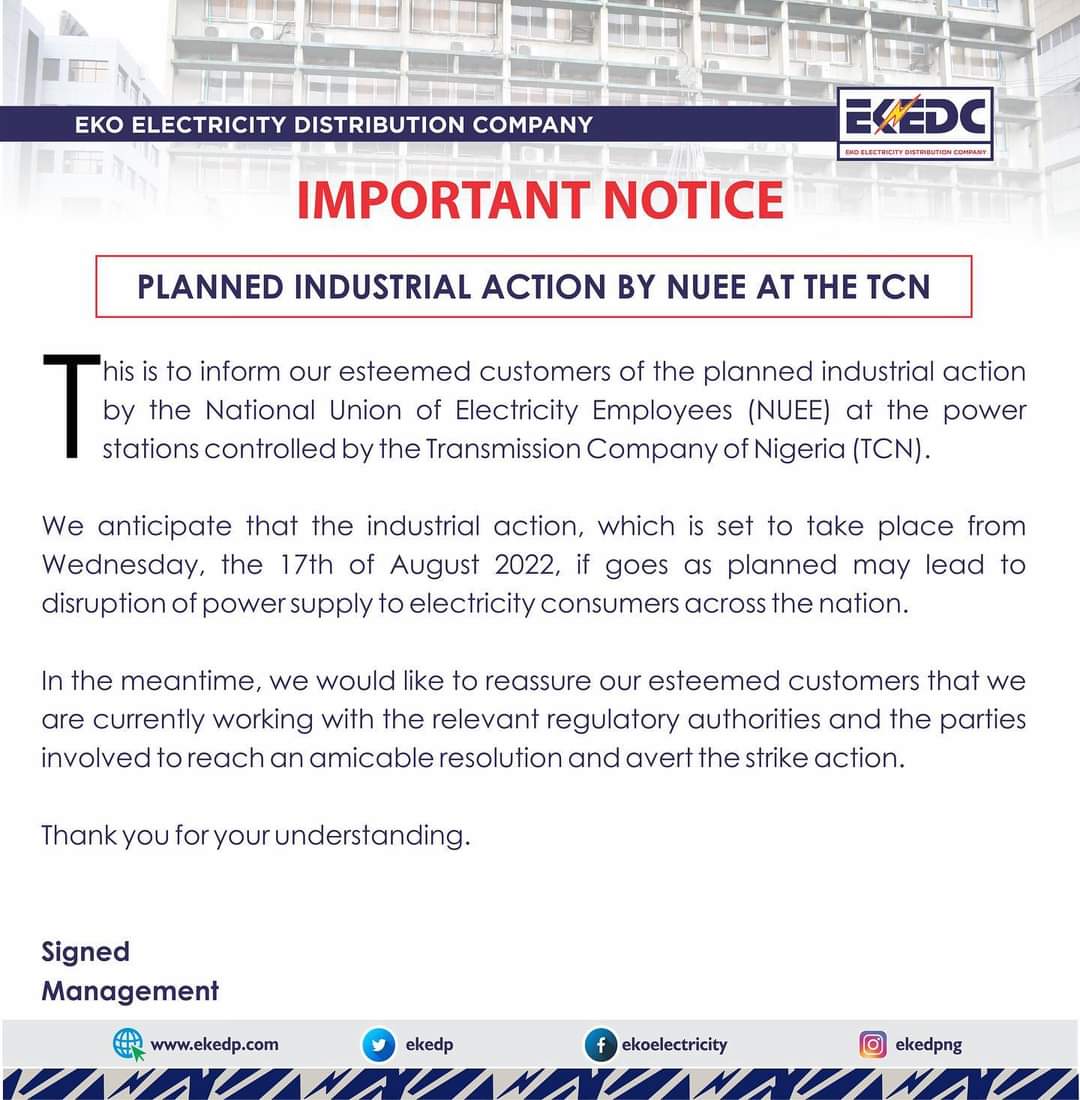 APC can win all states in Nigeria, reasonable minds in Imo will vote APC – Hope Uzodimma