In a petition sent to The Inspector General of Police, signed by Dr. Nwabueze Tonna F. (President General, Azia General Assembly), the people of Azia in Ihiala Local Government of Nigeria, demanded justice for the murder of their daughter, Chidinma Ezeanochie on Thursday, 25th November 2021.

The gruesome murder of 20 years old Miss Chidinma was said to have occurred at about 5pm on the faithful day along the Orsumoghu-Azia Road, a major road that runs through the town and a major bypass from the Onitsha-Owerri Highway to Orlu in Imo State. 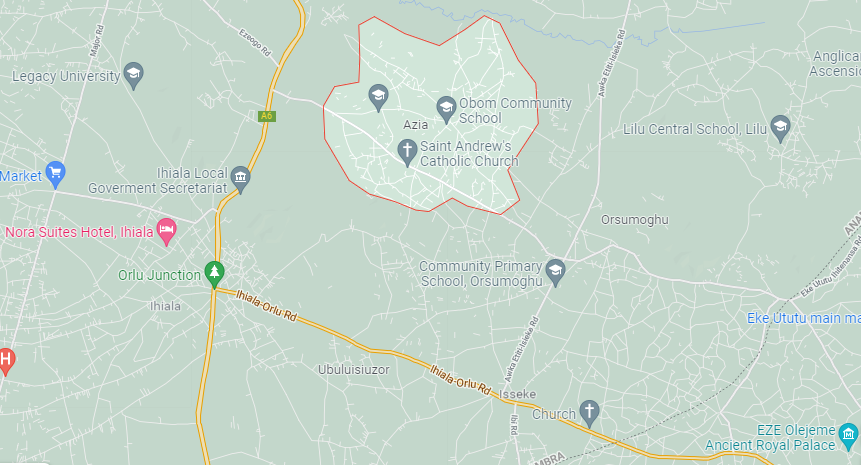 The police unit that was involved in the incident is said to be a special unit deployed from Awka to Orsumoghu. The unit was passing through Azia from Orsumoghu when the murder took place.

On Friday 26th November 2021, Azia Youths were on out on the road, mourning and protesting against the gruesome murder of one of us, an innocent girl by the police , Chidimma.

The Inspector General of Police,

GRUESOME MURDER OF “MISS CHIDINMA EZEANOCHIE” BY POLICEMEN OF SPECIAL UNIT DEPLOYED FROM AWKA TO ORSUMOGHU ON 25TH NOVEMBER, 2021

Miss Chidinma Ezeanochie aged 20 years hailed from Umudansu Village of Azia, in Ihiala Local Government Area of Anambra State. At about 5pm on this faithful date (Thursday 25th Nov. 2021), little Miss Chidinma was sent on an errand by the Mother to buy bags of sachet water from one of the shops at Ogwumabiri, located along our major road Orsumoghu-Azia road where she met her untimely death from these policemen driving through Azia from Orsumoghu.

She was accompanied by her Junior Brother who is 14 years old. Miss Chidinma and the brother was shot at close range by one of the men of this special unit inside an Armoured vehicle.

Fortunately, the brother was spared but he bullet scattered our daughters head with the brain matters on the ground. She died instantly.

It’s quite unimaginable because there was no form of provocation that could be linked to this. About 100 meters from the site of this incident, they equally opened fire on a parked sienna space bus by a block industry.

We contacted the area commander on this, he told us that the police men are special unit from Awka deployed to Orsumoghu against IPOB boys.

Azia is totally different from Orsumoghu geographically and we are a very peaceful town. There was neither history of unrest nor hiding of criminal elements in our town.

This murder is gruesome, wicked and totally unacceptable by the community. Presently her body is deposited at Osungwu memorial hospital mortuary, Okija.

Your Excellency Sir, we humbly demand for justice from your good office on the murder of our daughter, little Miss Chidinma Ezeanochie.