Nigeria’s inflation rises above 21% in October

NBS said that the disruption in the supply of food product, increase in cost of importation due to the persistent currency depreciation and a general increase in the cost of production e.g increase in energy cost were behind the rise in inflation. 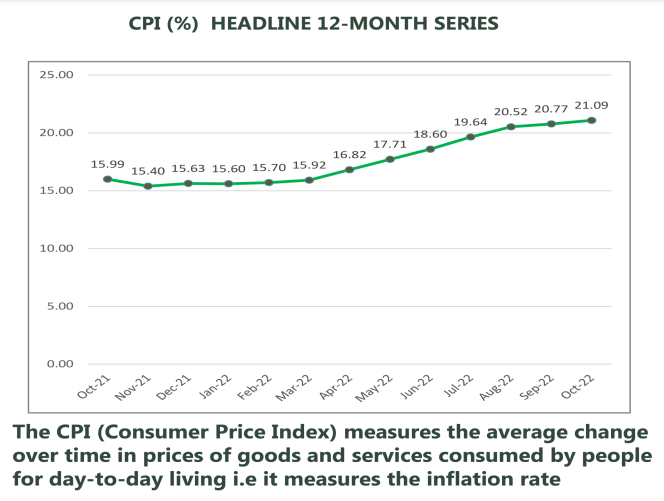 The food inflation rate in October 2022 was 23.72% on a year-on-year basis; which was 5.39% higher compared to the rate recorded in October 2021 (18.34%). The rise in food inflation was caused by increases in prices of bread and cereals, food products n.e.c, potatoes, yams and other tubers, oil and fat.