Putin is speaking at the signing ceremony of Russia’s annexation of four more areas of Ukraine after a referendum in the areas.

The West had described the referendum as a sham.

People in the four Ukrainian regions have “made their choice,” Putin says. “This is the will of millions of people.”

Putin lauded “the heroes of great Russia” who stood up against what he called a “Neo-Nazi coup” in Ukraine in 2014. 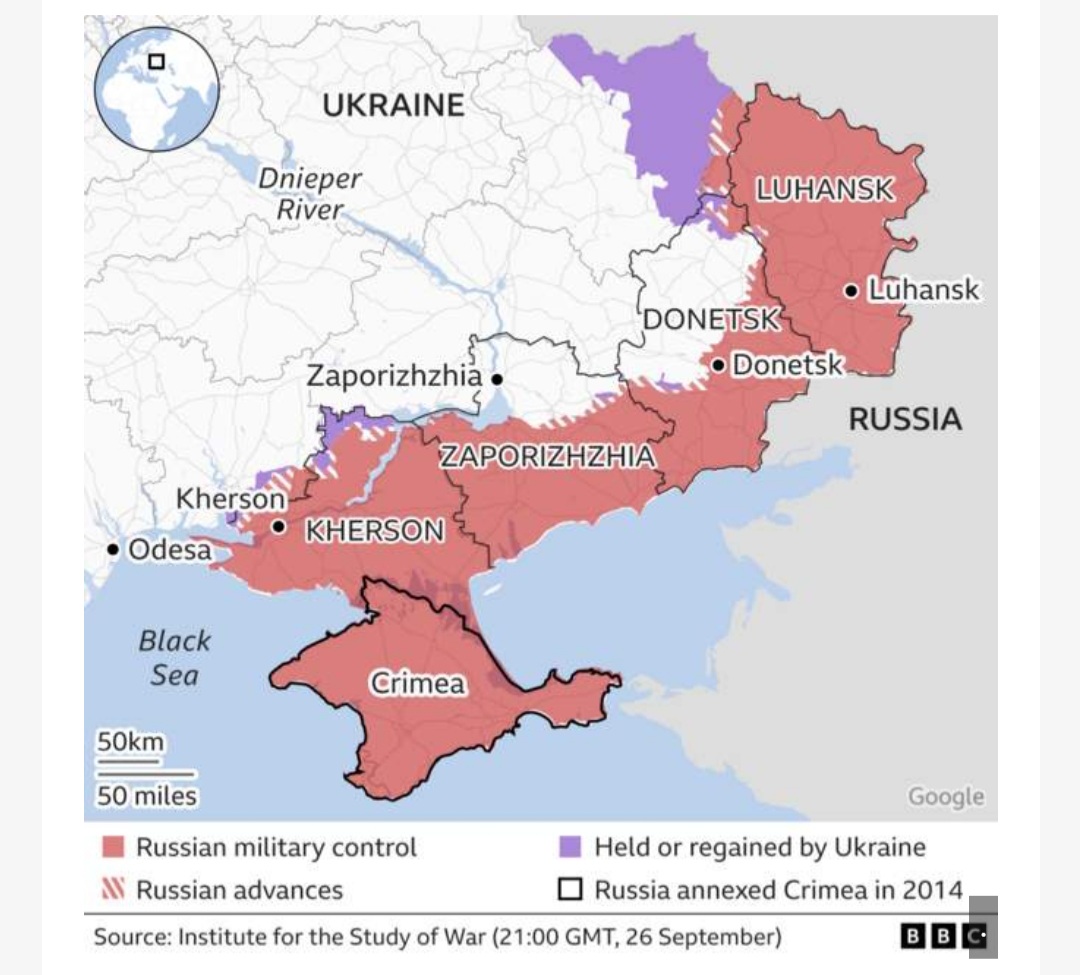 Putin reiterated that Russia will defend the newly annexed territories with every weapon at Russia’s disposal.

“Our brothers and sisters in Ukraine are part of one people,” he said, adding that the West was looking for ways to weaken Russia.

He said Russia is willing to enter talks with Ukraine. However, Putin insisted that returning the annexed territories are out of the question.

“We suggest returning to the talks but we’re not going to discuss the choice that people there have made, and Russia is not going to betray it,” the Russian president said on Friday of the sham referendums in Donetsk, Luhansk, Zaporizhzhia and Kherson.

He said Ukrainians of the four regions “are becoming out citizens for good.”

Vladimir Putin said the West is trying to bring Russia to its knees, ever since the fall of the Soviet Union.

The West wants to take over Russia with its new currencies and technological developments.

“They are restless that such a rich country exists”, pointing to Russia’s vast mineral and other resources.

JUST IN: We will dialogue with different Russian president - Zelensky