On Thursday 7th January, 2020, the price of Bitcoin smashed through $40,000 to hit a new record. The record price helped lift the total value of the entire cryptocurrecny market above $1 trillion for the first time.

Social Capital’s Chamath Palihapitiya thinks the digital currency has a long runway ahead even after its massive rally.

“The reason [it’s going there] is because, every time you see all of this stuff happening, it reminds you that our leaders are not as trustworthy and reliable as they used to be,” he said. “So, just in case, we really do need to have some insurance we can keep under our pillow that gives us some access to an uncorrelated hedge.”

The value of the entire cryptocurrency market, which is made up of bitcoin and other digital coins like ether and tether, surpassed $1 trillion for the first time earlier on Thursday, according to data from Coinmarketcap. Bitcoin is by far the most dominant cryptocurrency, with a market value of over $700 billion.

Many bitcoin bulls say the cryptocurrency is akin to “digital gold,” a potential safe haven asset and a hedge against inflation. In a recent research note, JPMorgan said bitcoin could hit $146,000 in the long term as it competes with gold as an “alternative” currency.

The idea of bitcoin as a hedge against inflation has continued to gain steam as governments around the world embark on large-scale fiscal stimulus programs. Analysts argue this could cause a spike in inflation.

“This latest bull run in January is sure to attract the asset managers’ attention to diversify even more of their assets to crypto as they are keen on finding alternative investments, such as cryptocurrency or gold, to hedge inflation and geopolitical risks,” Simons Chen, executive director of investment and trading at cryptocurrency financial services firm Babel Finance, told CNBC.

Bitcoin’s rise has also been helped by moves in the space from big financial firms like PayPal and Fidelity. PayPal last year launched a feature that lets its users invest in cryptocurrencies, and is planning to offer crypto payments across its massive network of retailers later this year.

But some bitcoin critics — such as David Rosenberg, economist and strategist at Rosenberg Research — have called bitcoin a bubble.

“The parabolic move in bitcoin in such a short time period, I would say for any security, is highly abnormal,” Rosenberg told CNBC earlier this month.

Bitcoin has seen an incredible rise in price over the past one year, as can be seen in its price movement in below chart. 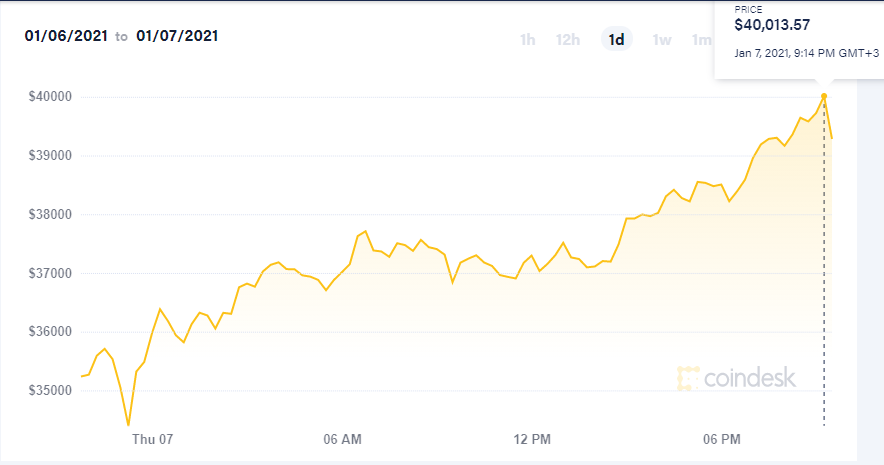 NEIMETH, NAHCO and PZ give notice of meetings

NEIMETH, NAHCO and PZ give notice of meetings