States with highest and lowest diesel prices in Nigeria

The average retail price of Automotive Gas Oil (Diesel) paid by consumers in Nigeria increased by 202.67% on a year-on-year basis from a lower cost of N242.43 per litre recorded in June 2021 to a higher cost of N733.78 per litre in June 2022, the National Bureau of Statistics (NBS) has said.

The price of diesel varies from state to state across the country, with Kwara having the highest average price.

The Zonal representation of the average price of Automotive Gas Oil (Diesel) shows that North-West has the highest price of N758.79 while North East has the lowest price of N715.00 when compared with other zones, according to the report. 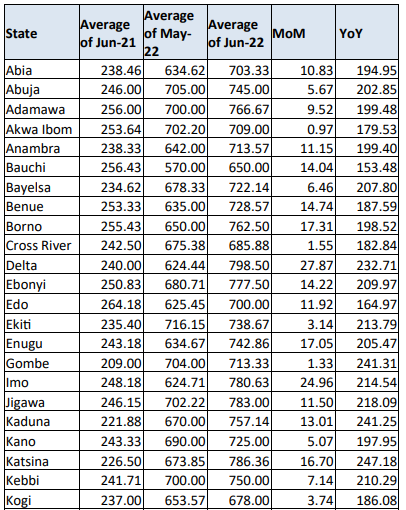 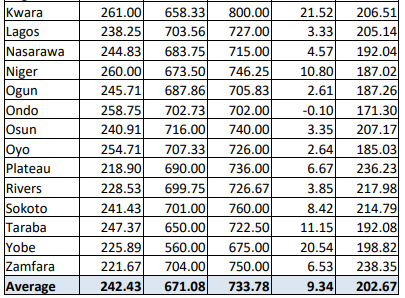