On Thursday, the Russian currency, the ruble strengthened against the US dollar and euro for the sixth consecutive day. 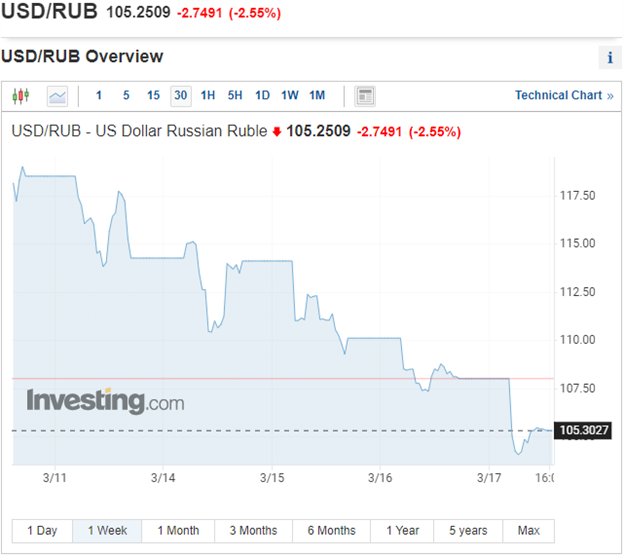 According to a report by Russia Today, at the  opening of trading on the morning of March 17, the Russian currency rose by 2.77% against the greenback, to 105 rubles per dollar. It also gained 1.83% against the EU’s currency, trading at 115.5 rubles per euro.

The Russian Government had introduced a set of measures to stabilize the exchange. The Central Bank of Russian Federation raised key interest rate to a record 20% per annum to stop capital outflows from the banking system, withdrawal of dollars from accounts has been strictly limited, and restrictions on cross-border capital movements were introduced over the past month.

Bank of Russia Governor Elvira Nabiullina will make a statement on 18 March at 15:00 following Board of Directors’ monetary policy meeting.