The value of trade in Q4 was the highest recorded in 2020, according to the Foreign Trade in Goods Statistics (Q4 2020) released by the National Bureau of Statistics on Tuesday.

As the value of imports nearly doubled the value of exports, the trade deficit rose to its highest level and a fifth consecutive quarterly deficit at -N2,731.2billion, an increase of 14.30% compared to the preceding quarter. 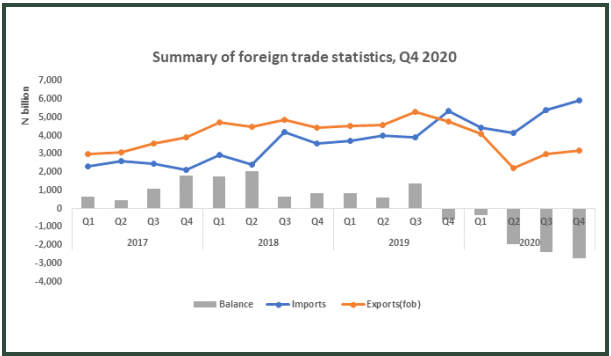 Banks lose over N5bn to fraudsters in 9 months — NDIC

Agribusiness to Get extra 6% Funding from the CBN

Agribusiness to Get extra 6% Funding from the CBN