China increase fuel prices for the first time in 2020

On Monday China increased the prices of gasoline and diesel by 120 yuan ($16.96) and 110 yuan ($15.54) per ton, respectively, according to a document released on Sunday by the National Development and Reform Commission (NDRC), China’s top economic planner.

According to the current pricing mechanism, China will adjust domestic prices of refined oil products when international crude prices translate into a change of more than 50 yuan ($7.06) per ton for a period of 10 working days, but will not do so if the international oil prices go below the floor of $40 or the ceiling of $130 per barrel.

The country hadn’t adjusted the prices for six consecutive times since March 31 because the prices of oil had touched the floor rates, according to local media.

The recovery in oil prices is expected to continue into the second half of the year, as countries continue to open their economy.

However, the increasing number of Covid-19 cases in the United States, South America, Africa and some Asian countries cast a shadow on the current easing of lockdown measures. 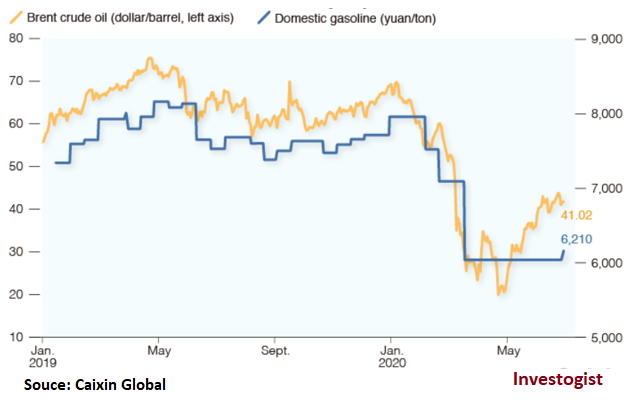 N-Power receives over 1 million applications in less than 48 hours; Nigerians without formal education can apply