Abia State government has not paid some of the state workers in over 30 months while some have not been paid for 12 months, according to the salary survey report released by BudgIT.

BudgIt said the survey was conducted to “spotlight and identify state governments that have consistently failed to meet the essential requirement of governance and employee compensation, thereby subjecting their workers to unpaid labour and harsh living conditions.”

BudgIT is a Nigeria’s civic tech organisation, which focuses on raising the standards of transparency, citizen engagement & accountability, most especially in public finance while Open Alliance is a group of civil society organisations seeking to promote good governance in Nigeria.

While some states like Lagos, Rivers, Yobe, Zamfara, Anambra, Bauchi, and others do not owe salaries, states like Abia, Adamawa, Ebonyi, Ondo and Taraba owe three (3) years or less in payments, BudgIT said.

Secretariat workers in Taraba complained of irregular salary payments for up to six (6) months, while lecturers at state tertiary institutions and midwives in the state-owned hospital in Ondo State have not been paid a dime in the last four (4) months, according to BudgIT.

Here is the table that shows breakdown of state salary survey 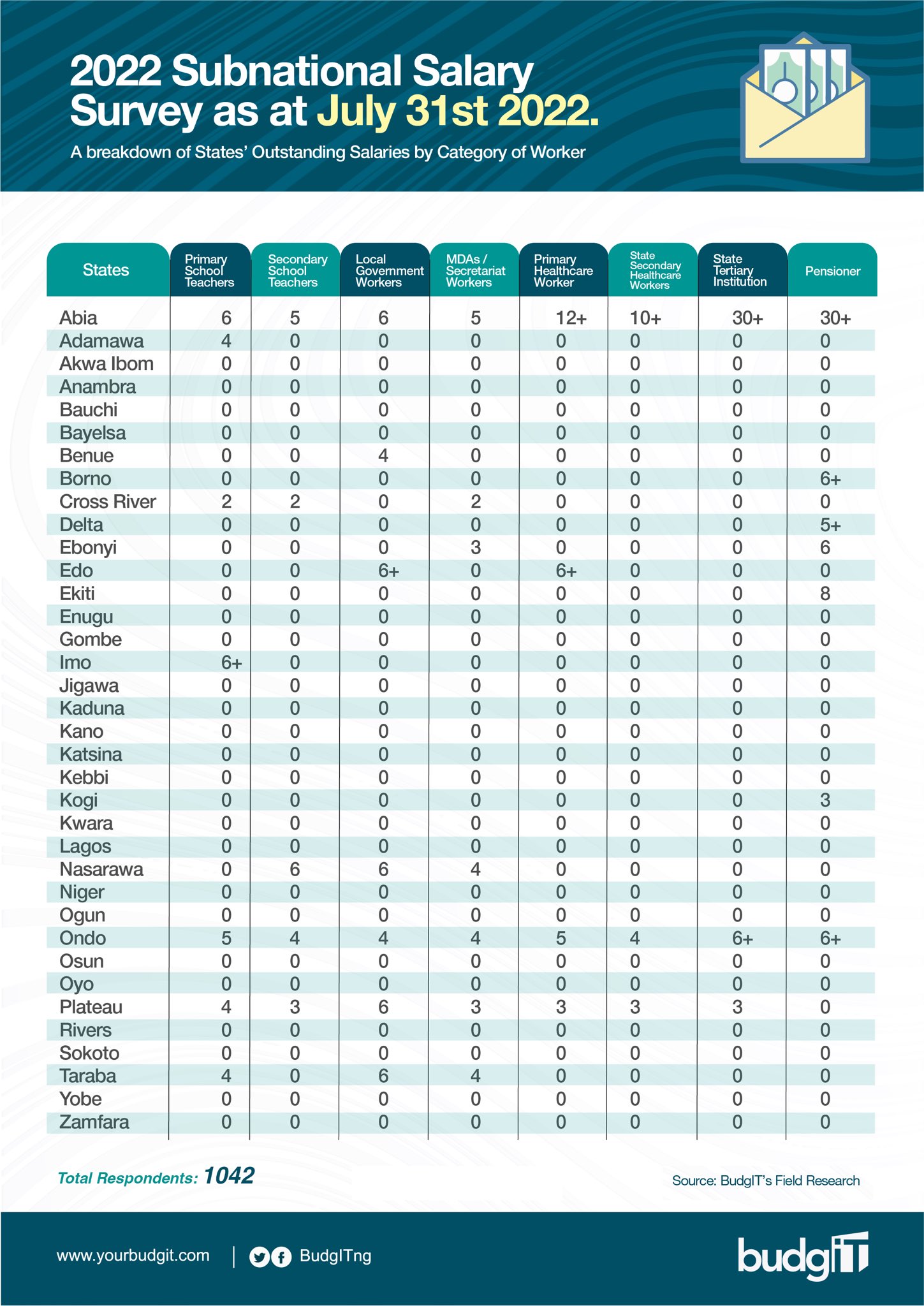 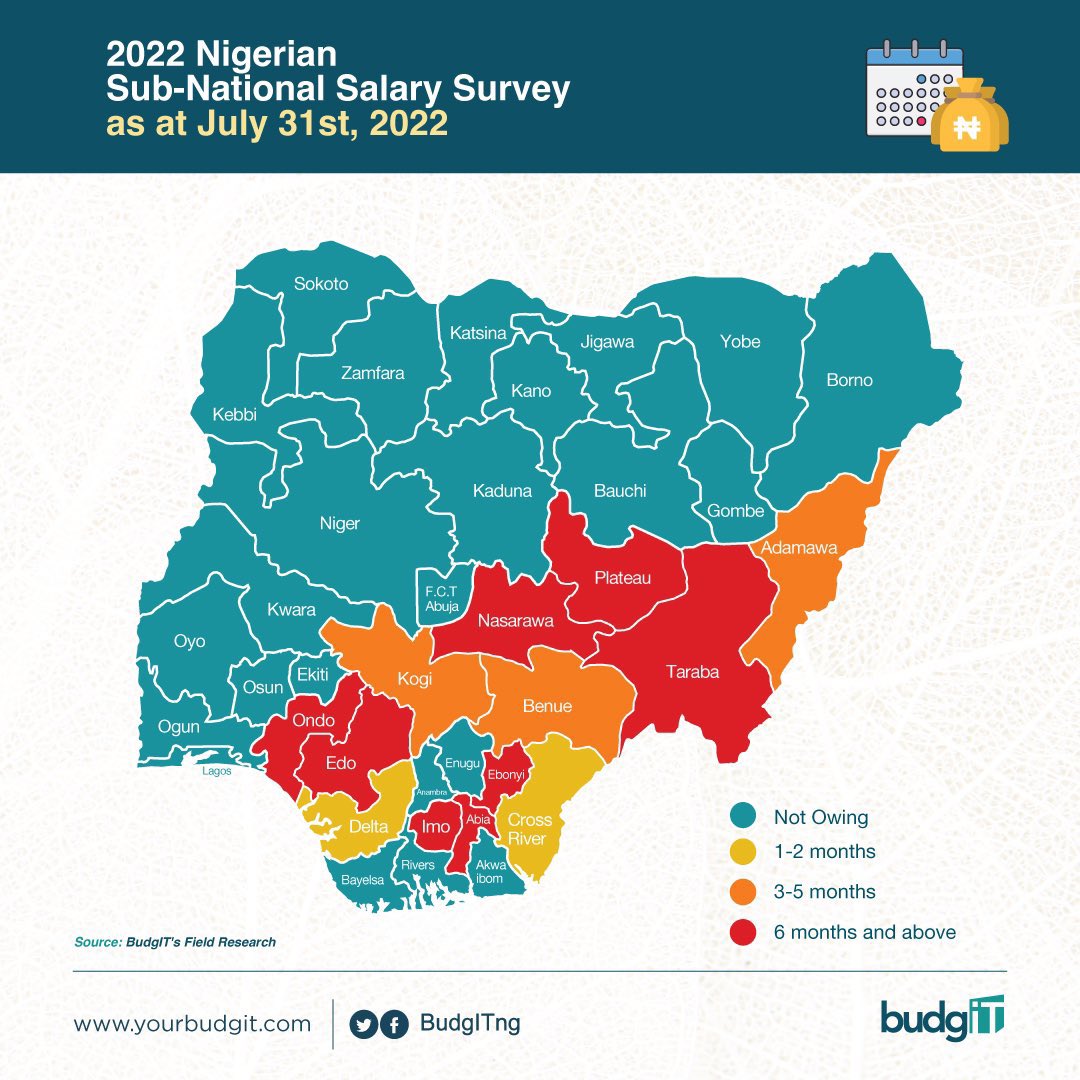