The Nigerian equities market ended the month of August on the first trading day of this week with gains. In August, the benchmark All-Share index (NSE ASI) advanced by 2.57%, adding N331.216 billion to the market capitalization. The rest of the trading sessions in the week continued the same trend, gaining on each of those sessions.

The activity level improved significantly as both the volume and value of stocks traded increased by 106% and 48% respectively.

The Construction/Real Estate industry (measured by volume) led the activity chart with 954.529 million shares valued at N681.392 million traded in 218 deals; thus contributing 43.21% and 6.22% to the total equity turnover volume and value respectively.

The improved activity level, which was sustained for all trading sessions, after a spike on the first day of September. The activity chart shows the NSE ASI continuing its upward trajectory, with the volume and value of traded stocks now showing signs of an uptick. 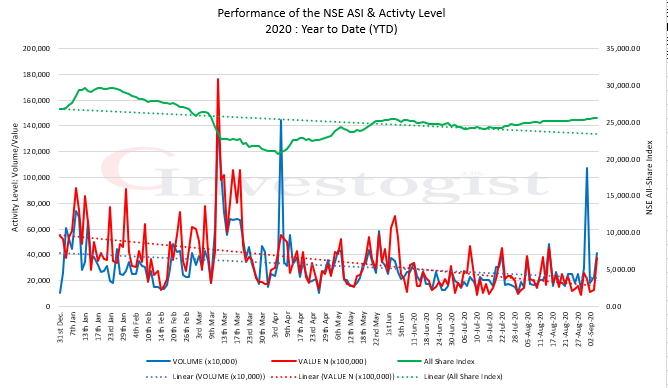 More deals were also done, indicating that the high volumes were not as a result of few market participants reshuffling their portfolios. 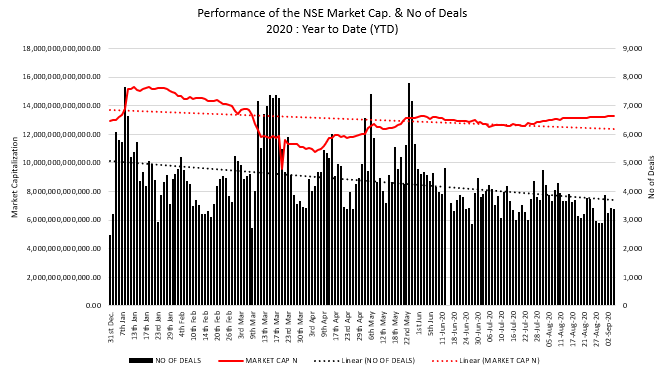 At the end of trading on Friday, 4th September, the YTD performances of the 5 indices under our watch is as below;

Forty-one (41) equities appreciated in price during the week, higher than twenty-nine (29) equities in the previous week.

See top gainers and losers in the table below: 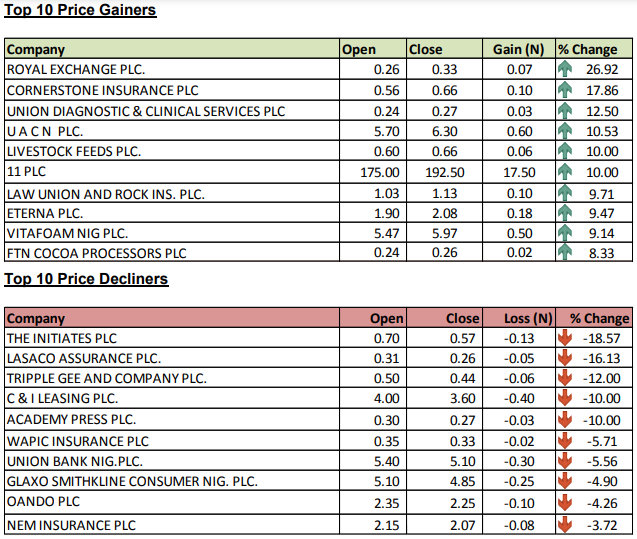 We expect profit taking and bargain hunting to drive the market performance in the coming week, with a mixed activity level.

We are reviewing our stock pick in the light of the half year results from the tier 1 banks, and a stock pick focused only on banking stocks will be published next week.