Sell-offs hit the Crytpotcurrency market on Monday as traders booked in on their profits. Bitcoin the most popular cryptocurrency traded as low as $32,680.5 on the Investing.com Index, losing over 25% at the time. The largest one-day percentage loss since Thursday, March 12, 2020.

Then it took it just four days to lose over $9,000, once again highlighting the high degree of its volatility.

Bitcoin’s rapid climb back in 2017 was swiftly followed by sell-offs that erased the bulk of its quickly earned gains. 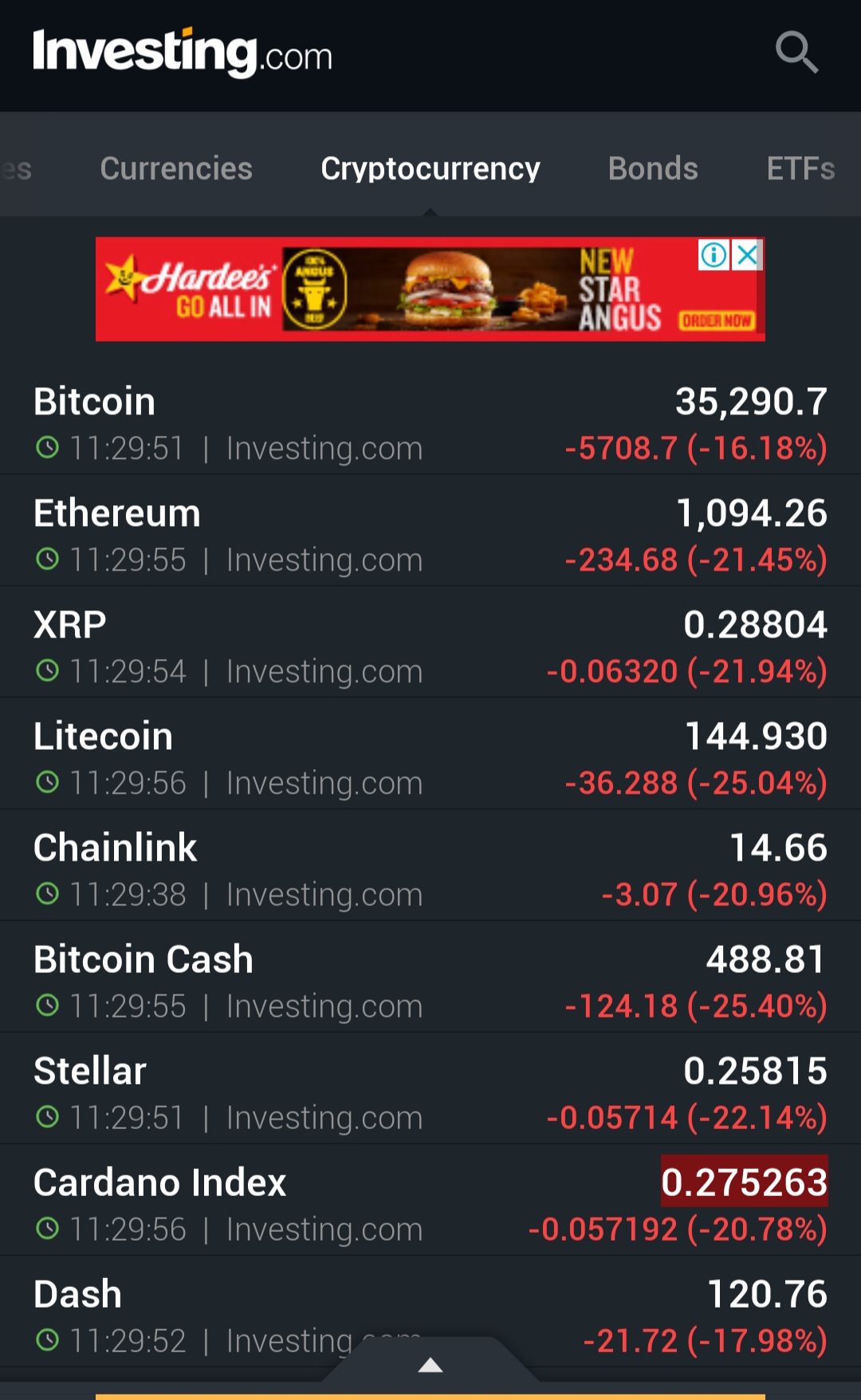 Companies and institutional investors warming up to bitcoin and other cryptocurrencies in addition to PayPal’s adoption, thus giving legitimacy to an asset recently known more for its murky uses than its investment potential.

Last week the US Office of the Comptroller of the Currency said national banks can use blockchain networks and stablecoins for payments, further legitimizing digital currencies.

Bitcoin’s rapid doubling has naturally prompted some investors to deem the token a bubble. JPMorgan said that the token’s rally moves it “into more challenging territory,” and that a continued climb at its current pace would likely “prove unsustainable.”