Cadbury Nigeria Plc (NGX: CADBURY) recorded a 51% growth in revenue and a 554% surge in profit for the first half of the year, according to the un-audited Interim Financial Information for the half year ended 30 June 2022 released by the company.

The major components of the liabilities are: 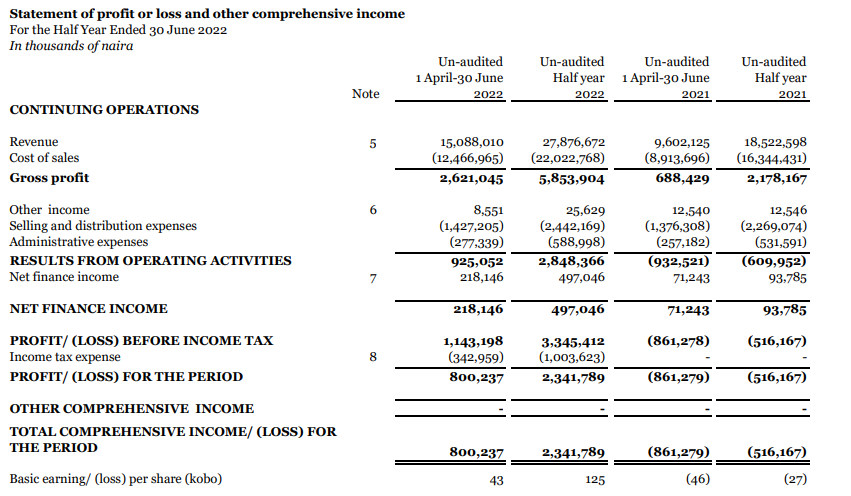 Screenshot of Cadbury Nigeria Plc statement of profit or loss.