FOREX Forecast for the Week 18th May to 22nd May

Brought to you by Hybreed Forex Price Action

EURUSD continues to bear down on the wedge support we discussed last week. The pair barely made it off the support before encountering sellers at 1.090 resistance. Despite the bullish engulfing candle that formed on Tuesday, the bullish pin bar on Thursday, the EUR still remained under pressure from USD, it even carved a bearish pin bar with Fridays close.

My opinion still remains to wait for a break out from this short term wedge then we will have a clear direction. It is currently leaning on a confluence of support between the wedge support 1.0790 and horizontal level 1.770.

Key support on the way includes 1.0725 which is also the bottom of the multiyear wedge on the monthly time frame followed by 1.05210.

However if buyers manages a close to take out 66.125 that will negate the bearish outlook we have here.

The bearish stance agrees with the confirmed breakouts on the NZDUSD and NZUCHF that we discussed in last week’s forecast. 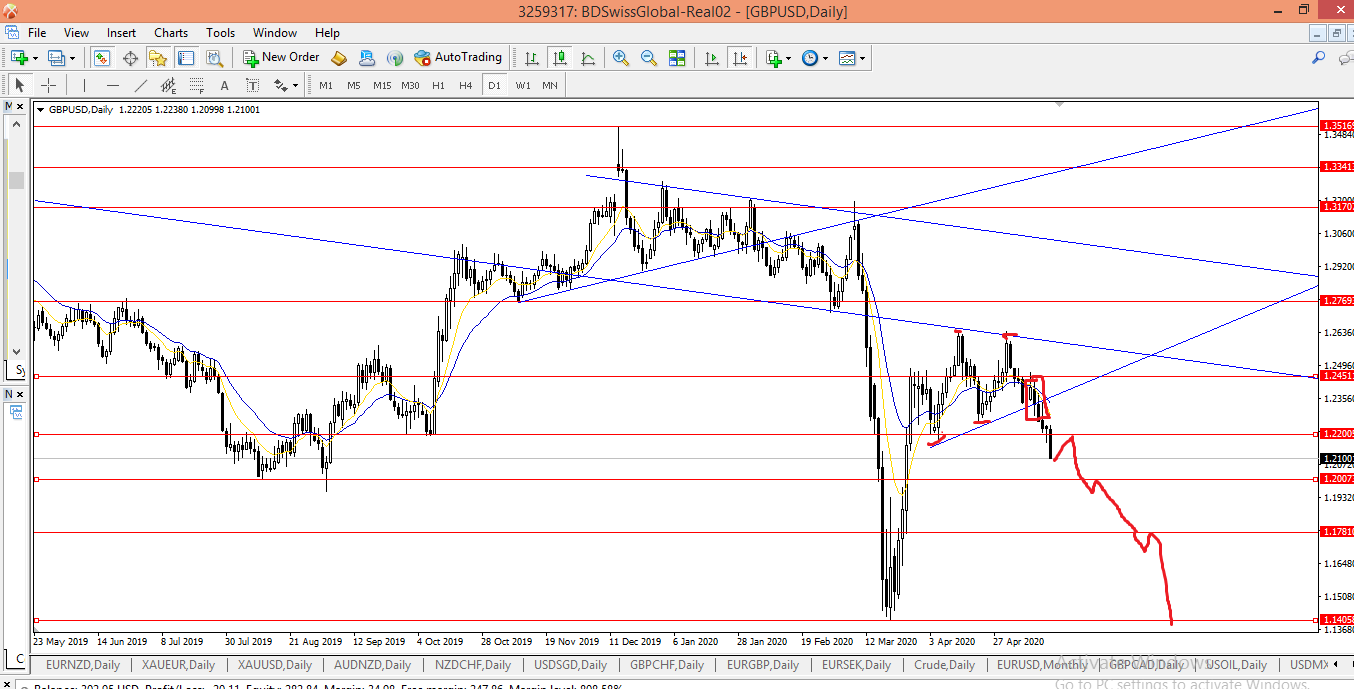 GBPUSD finally broke out as anticipated. The question now is how far down can sellers be able to go? I noted last week that break below will most likely be seeking a steeper low which will be taking it to year to date lows at 1.1405 at least from a technical view point.

This is another bear flag consolidation that might be breaking out soon. The long term down trend and a recent 748 pip sell off is enough for a consolidation of this kind. The pair is in an ascending channel. one thing about ascending patterns be it a channel, wedge or trend line is that they seldom break to upside if at all it happens it is often times a bull trap.

If we see a buy signal from the channel support it will provide an opportunity to buy and target the channel top with resistance at 0.6980.

If we get a breakout below support 0.6850 area that will expose 0.6700. 0.6700 is a multiyear low dating back to 2010. If sellers mages to take out this support level there will be nothing in form significant below that.

We discussed Gold on the 4th, the consolidation we discussed which was in the form of a range between 1740 and 1680 also happened to be in a narrowing wedge. Gold broke the wedge and range resistances on Thursday and Friday respectively. I also highlighted what might be an inverse head and shoulders.

The objective of the wedge lies just short of 1800 resistance level while the inverse head and shoulders objective is at 1925.

If we see gold close back 1640 that will be a show of weakness that will negate or delay the bullish outlook.

Disclaimer: Any person accessing this information and considering potential investment opportunities featured here should make their own commercial assessment of an investment opportunity after seeking the advice of an appropriately authorized or regulated financial advisor. This information should not be construed as advice or a personal recommendation to any prospective investor.