It will be useful to understand the history of technology that that has brought us where we are today, to earn some clues about where we are headed, as it relates to Artificial Intelligence (AI).

Following the improvement of the steam engine (produced in 1712) into an economical viable resource by James Watts in the eighteenth century, the world saw the first wave of technological change that transformed the agricultural age into the industrial age.

The second wave introduced Electricity into our world and consequently Lord Kelvin could lay the first Transatlantic telegraphic cable (1858) that positioned the world for the information age.

The third wave is what I call the wave of computation lead by the likes of Alan Turing who is widely considered to be the father of theoretical computer science and artificial intelligence (AI).

Each of these waves have brought with them some economic benefits but at the same time have been exploited for military advantages. For example, the first two great inventions handed Britain both economic and military power that lasted throughout the 19th century. Also, the outcome of their excesses is pushing our globe very hard to depletion.

Let us try to understand the major views that have been promulgated over the years with advancement of technology.

There is the Dystopian vision held by Luddites, who believe that as machines advance, they will completely replace the entire work force, reducing the standard of living and creating hunger, poverty, mass unemployment, under-employment, retrenchment, immiseration etc.

This view was held during the industrial age. This appeared to be true at beginning of the industrial age when many people were stripped of their jobs. However, with time, the economic growth that resulted from increase in productivity raised the standard of living and generated new jobs.

With the Utopian vision however, it is believed that, as the technology advances, the machines will do all work, increasing the standard of living by means of increased productivity, increasing the earnings, while creating extra time for leisure, etc. This is only true to a point.

In fact, what we see in the industrial automation era is that new jobs are being created but not for the same people, a concept known by the economists as the skill-bias technology change. Different skillsets are required for the new jobs and repetitive jobs are being shrunk.

The evolution in technology has enriched our world, giving substantial economic comfort to about ¼ of the global population. About ½ can be said to have just escaped poverty, but also more than ¼ lives in continuous hardship. Even though this evolution has brought with it a huge economic growth, it has also divided our society on the basis of economy. 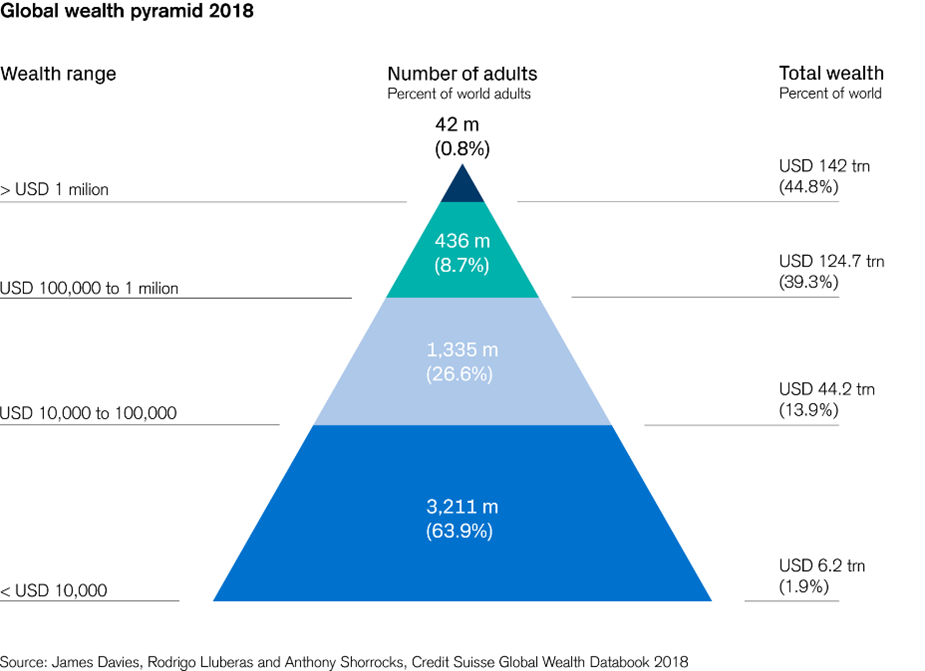 Also, too much focus on productivity (100 folds) and with minimum attention on their environmental impart has returned for us a depleted climate; the green house emission, the water cycle etc. We are on the verge of destroying our planet.

Considering the inter-governmental panel on climate change (summary for policy makers) which sat in 2015 and reported the set global goal of reaching a stable and acceptable climatic change. We are nearing the tipping point beyond which is may not be possible to reverse the cycles.

Interestingly, Artificial Intelligence (AI) has just arrived when the world needs it most. The idea of sustainable development which AI preaches is to develop technologies that provides distributed socio-economic benefits and with reduced impact on the environment.

In a single domain (face recognition, sound detection, etc), with large amount of data, Artificial Intelligence (AI) can reach the performance of human. It has the capacity to learn with labelled dataset and requires high computational power. The larger, the better the results.

Each of these waves represents 5% increment to the GDP but also represents 5% of jobs displaced. Undoubtedly, so far, America is the father in AI application, this can be seen from the country distribution of AI start-ups globally in 2018. 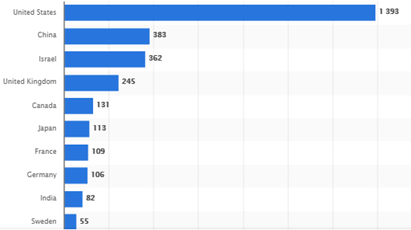 Why there is room for us:

Chinese started from copycat but they evolved from being copycats to creating values. At the moment, there is large investment of Chinese fund in AI companies, companies whose valuation range from $2 billion to $100 billion. The Chinese are hungry and so are we.

Access to large data gives China an edge over America due to the population and the almost cashless nature of their economy. Almost all transactions are made via the phones, providing large dataset.

Chinese government supports AI. The policy implements Techno-utilitarian strategy –  trying out and then regulated when issues occur. This creates room for experimentation of new business models, allowing for liberalization in the economy but taking action in case of an eventuality.

Something interesting about all these is that virtually all the investments are the contributions of private investors. If private investors are shown their wins, they will be willing to invest. AI is not like space exploration that has been dominated by America and Russia. In fact, virtually all support platforms of AI are open source. It’s been put in our hands and how much we can have from it is a function of will.

Where AI may or may not thrive:

From the figure below, Artificial Intelligence (AI) will most likely take up all the jobs on the lower left. On lower right, AI and human symbiosis is mostly dominant. Humans use AI as a mere tool without the need for compassion. On the upper left, AI will be the tool for optimized results that are delivered by human with compassion. Upper right show the jobs that will be mostly assumed by humans. 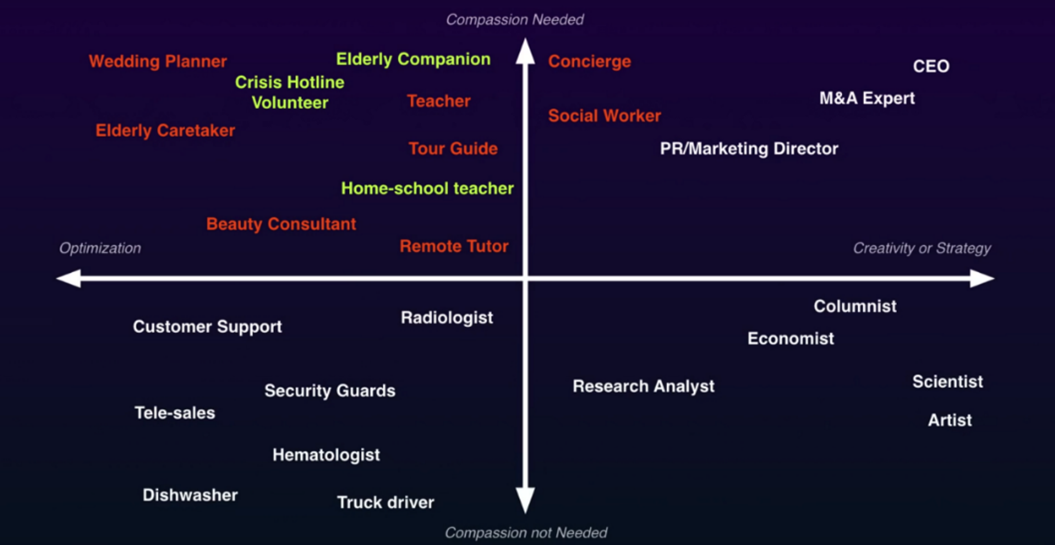 Therefore, we may have some worries with the lower left but there is a lot to celebrate in the other three (3) quadrants.

I see a world where people will become employable because of the extra values of humor, empathy and care they are bringing to the table and we will look back and appreciate how Artificial Intelligence (AI) has liberated us from doing routine jobs, and has handed us with the tool and time to care enough, love enough and to be human enough.

How are Financial Statements Prepared? Establishment/Preparation of a Company