The Federal Government has advised Nigerians who are applying for the United Arab emirates (UAE) visa to indicate clearly the kind of visa they want and to respect the immigration laws of other countries to avoid “unwarranted treatment.”

This is contained in a press release by the Ministry of Foreign Afairs in its reaction to a viral video on social media which alleged that Nigerians who had arrived Dubai airport were denied entry into the country despite having valid visa.

The press release read, “The attention of the Federal Government of Nigeria has been drawn to a video on the social media, showing purportedly stranded Nigerians, who arrived the Airport in Dubai, UAE on 29th August, 2022, but were denied entry into the country, despite having valid visas.

“The Nigerian Mission in Dubai has clarified that most of the supposedly stranded Nigerians were issued with family visas, only to arrive Dubai alone without any family member. Consequently, they were denied entry and advised to return to their country and apply for the appropriate visas.

“The general public is invited to note and be guided that the Government of the UAE has introduced a new visa regime and has stopped issuing tourist visas to persons under the age of 40 years, except for those applying for family visas.

“It is therefore, instructive for prospective visa applicants to indicate clearly their visa preferences without any ambiguity and also respect the immigration laws of other countries so as to avoid unwarranted treatments. 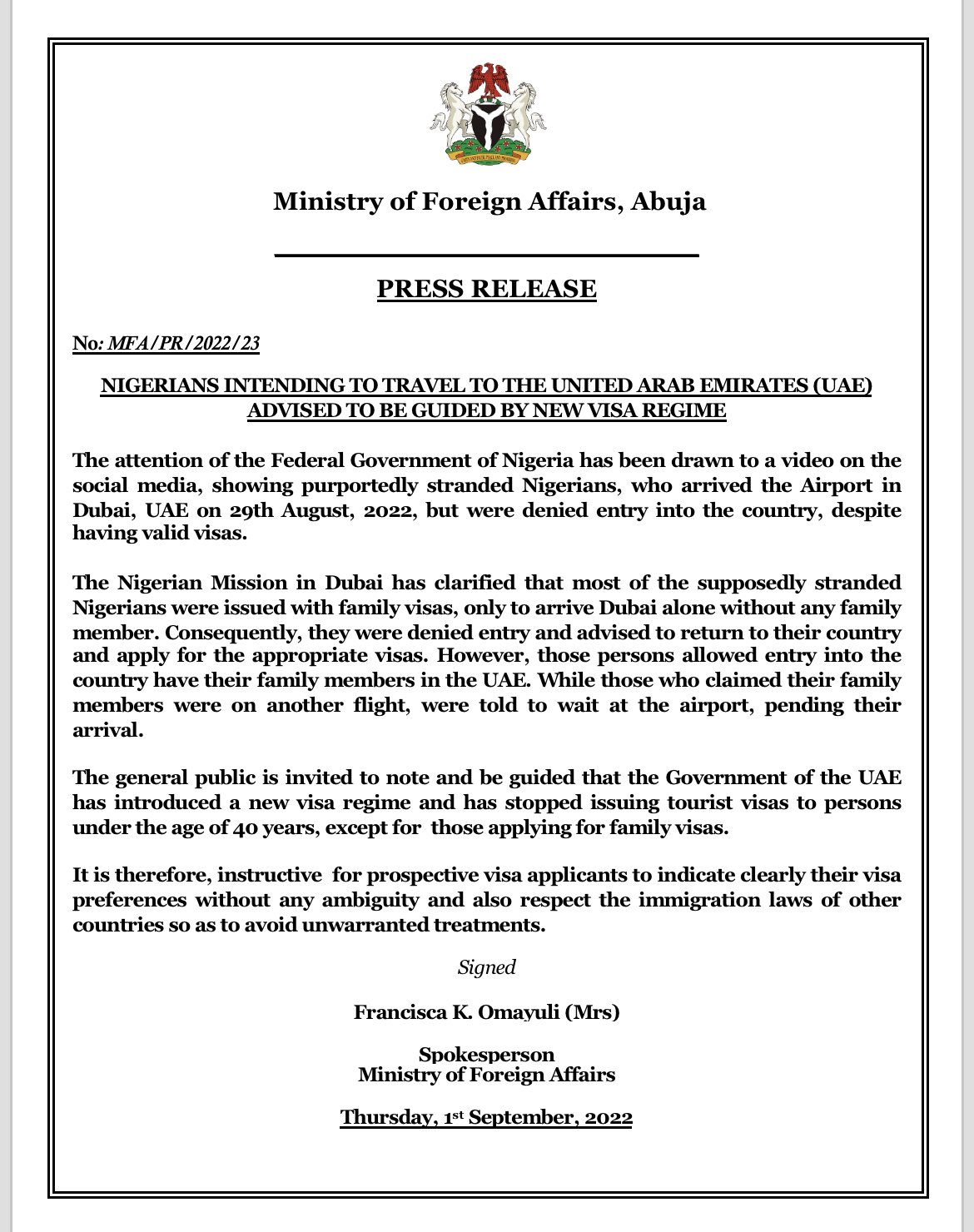 CBN grants key license to Flutterwave ahead of planned IPO

CBN grants key license to Flutterwave ahead of planned IPO