The Nigerian Railway Corporation (NRC) has resumed operations at the Kaduna-Abuja railway,  after eight months of suspending operations.

Operations resumed on Monday with the first train leaving the terminal by 9:45 am.

In a statement issued on Saturday, the NRC said there will be only two return services.

Recall that train services along the route had been suspended by the FG after Boko Haram terrorists attacked a moving passenger train in Kaduna on March 28, 2022, killing some and abducting over 60 passengers.

The terrorist released the last set of hostages on October 5.

A terrorist negotiator, Tukur Mamu, was on September 6, 2022, arrested in Cairo, Egypt while on his way to Saudi Arabia and returned to Nigeria the next day.

Here is statement issued by the NRC on the resumption of operations. 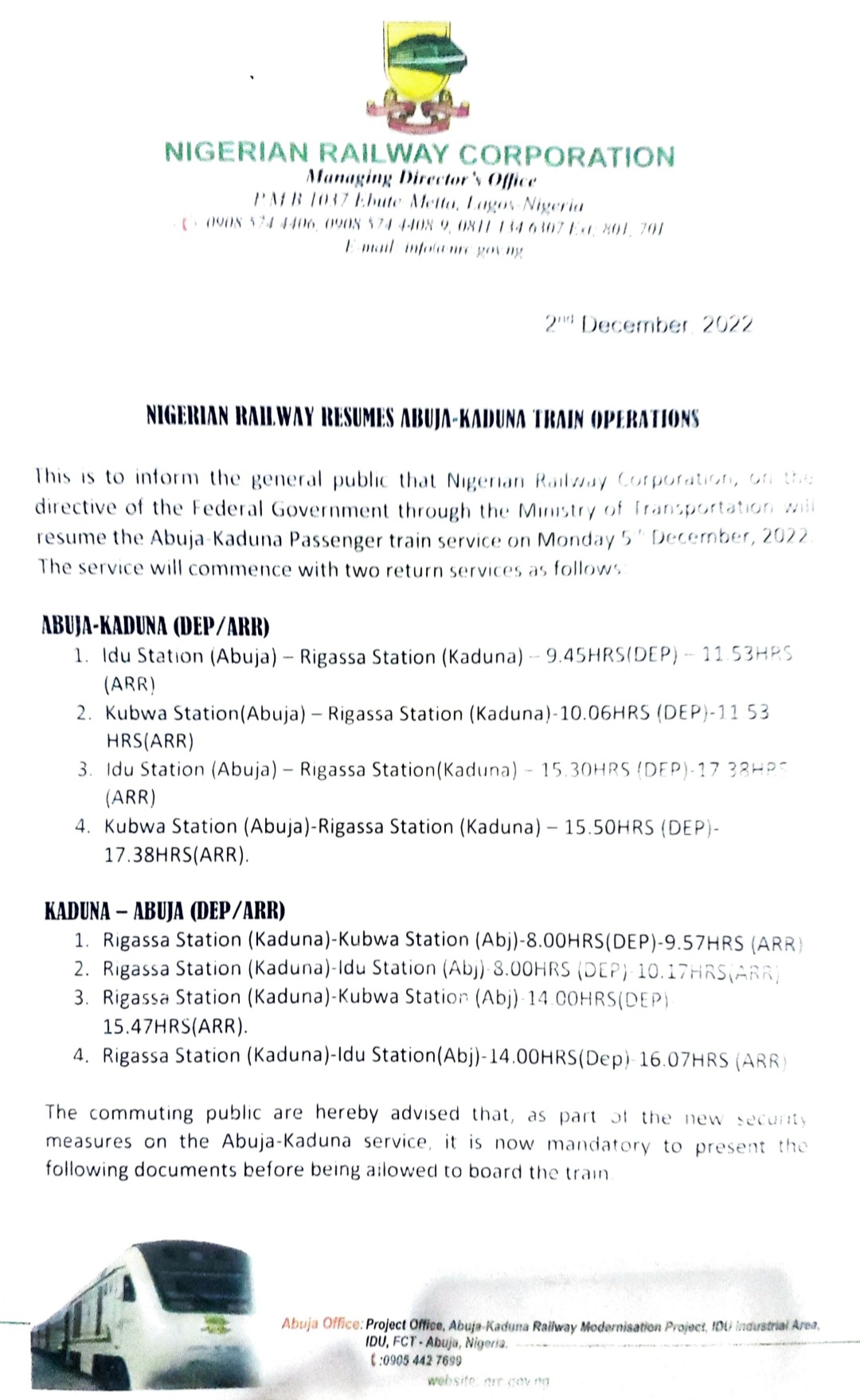 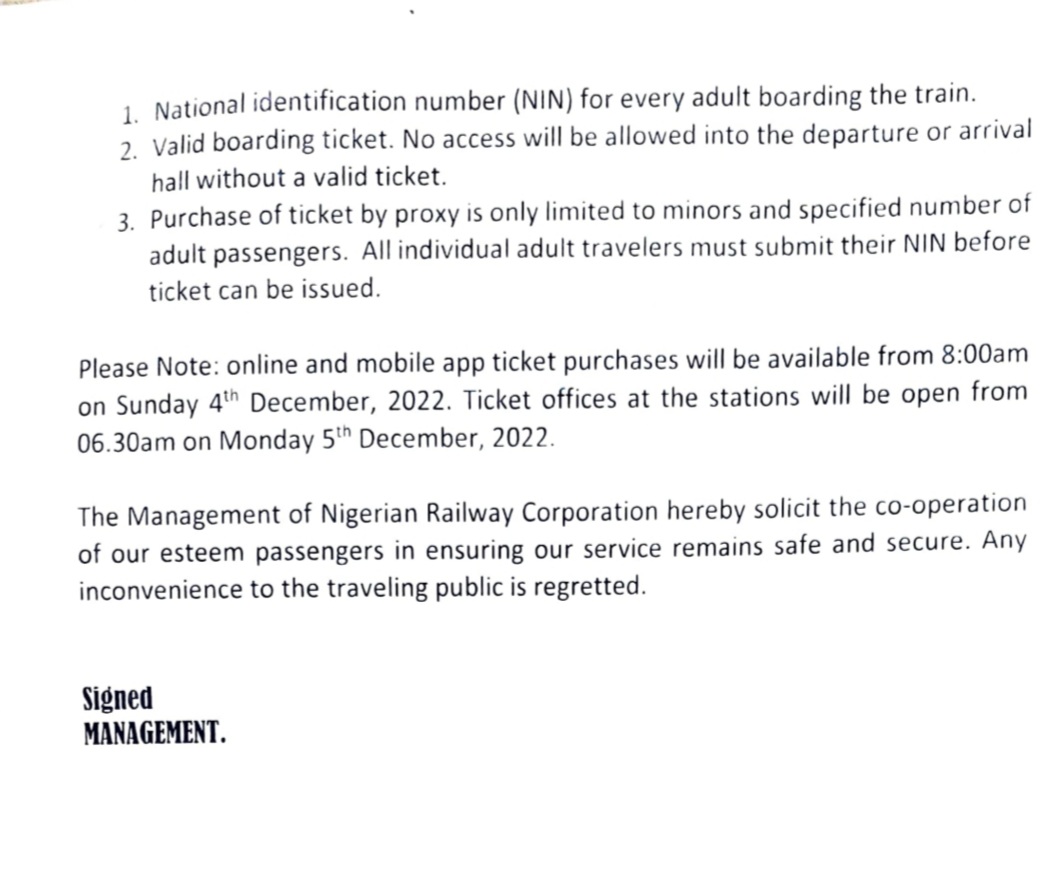